In the evening of Thursday November 8, 2018 in Milan, on the occasion of the launch of the new album “Playlist”, by rapper Salmo, amid the amazement of many spectators, took place at the bottom of an impressive maxi billboard of 400 square meters in Alzaia Naviglio Grande, a cross-media event powered by Urban Vision and realized for Sony Music in collaboration with Spotify. 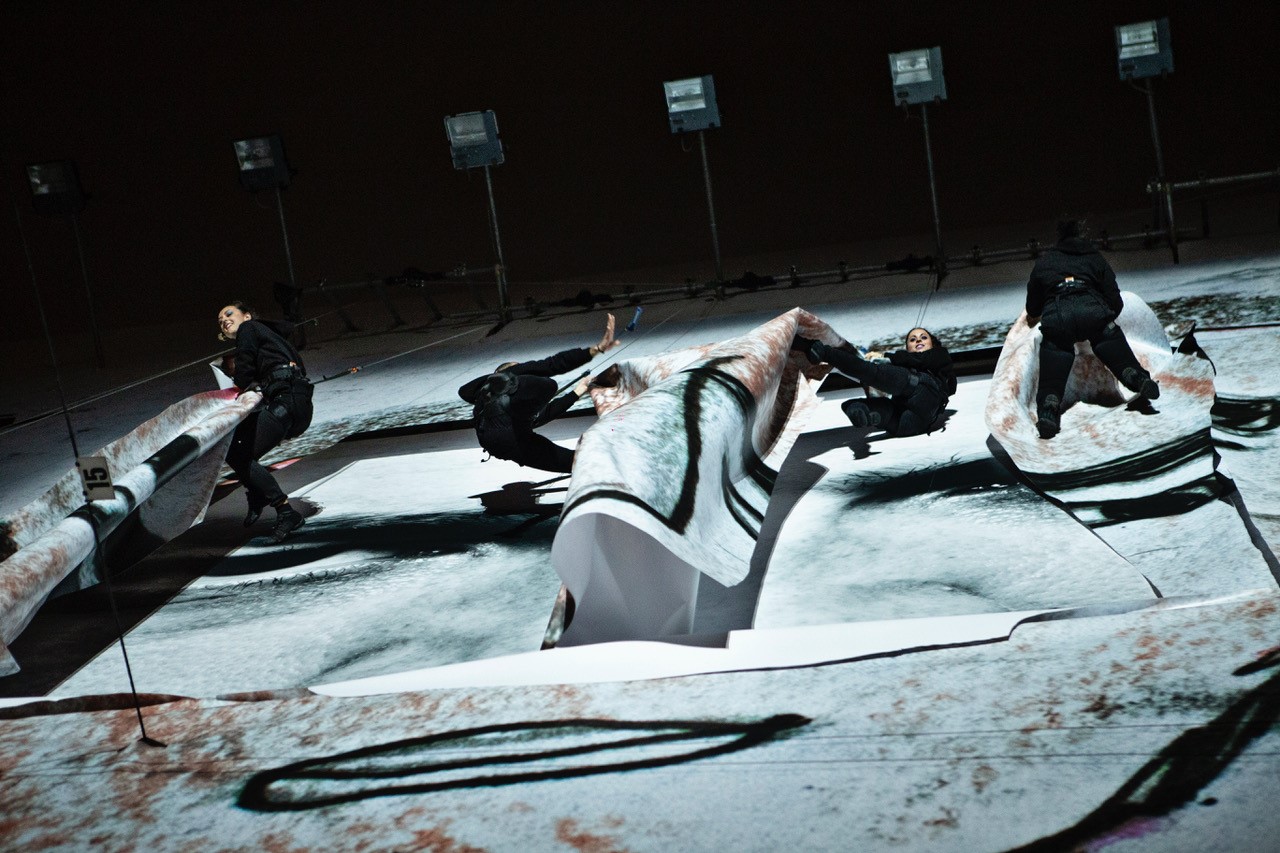 Musical notes have begun to pervade the area, intriguing passersby and introducing a vertical dance performed by four aereal artists. During the performance, the dancers cut up the central area of ​​the canvas depicting the cover of the album, revealing a second hidden creativity with a portrait of the artist. 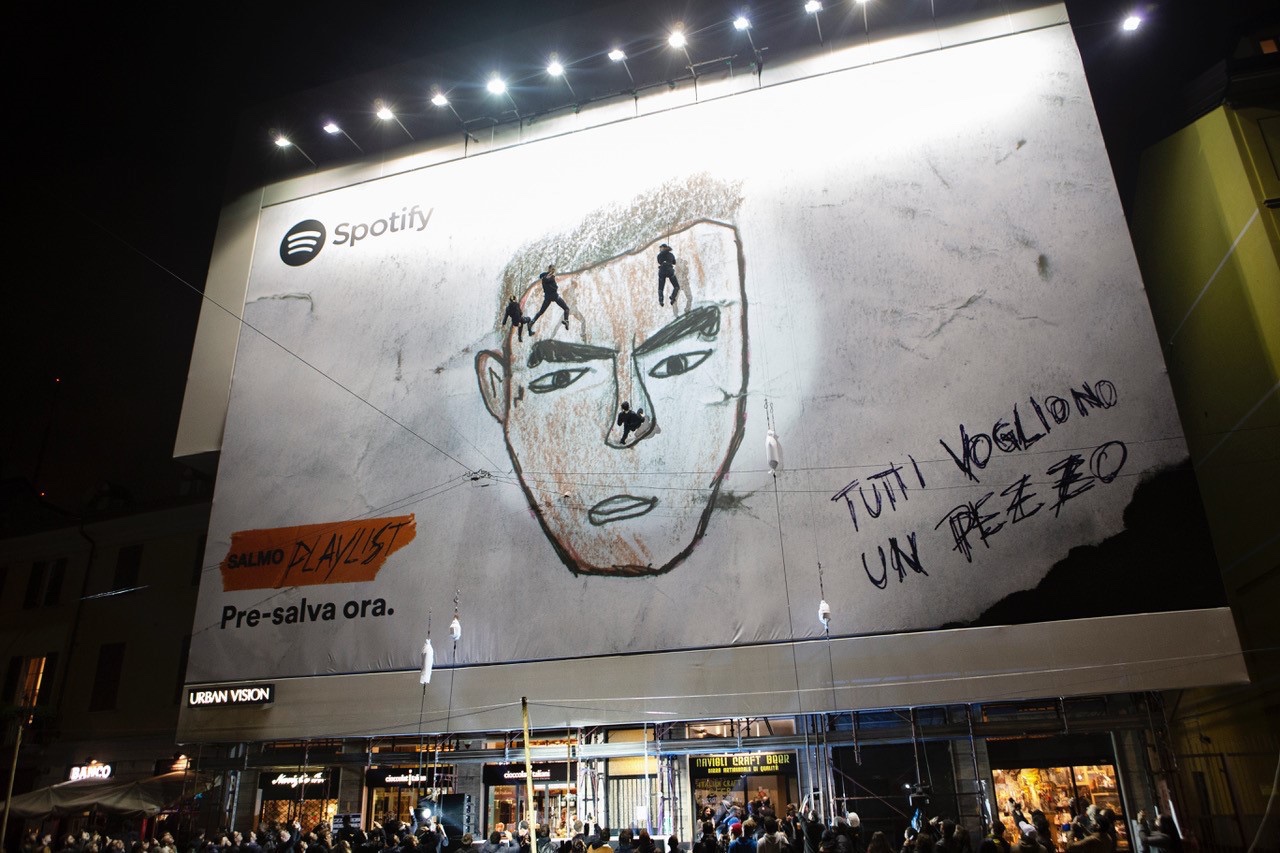 The site has remained in the dark for a few seconds when, suddenly, Salmo made his appearance. The rapper and music producer has personally distributed to fans all the pieces of the advertising cloth he autographed, inaugurating the first “taxi away” maxi billboard. 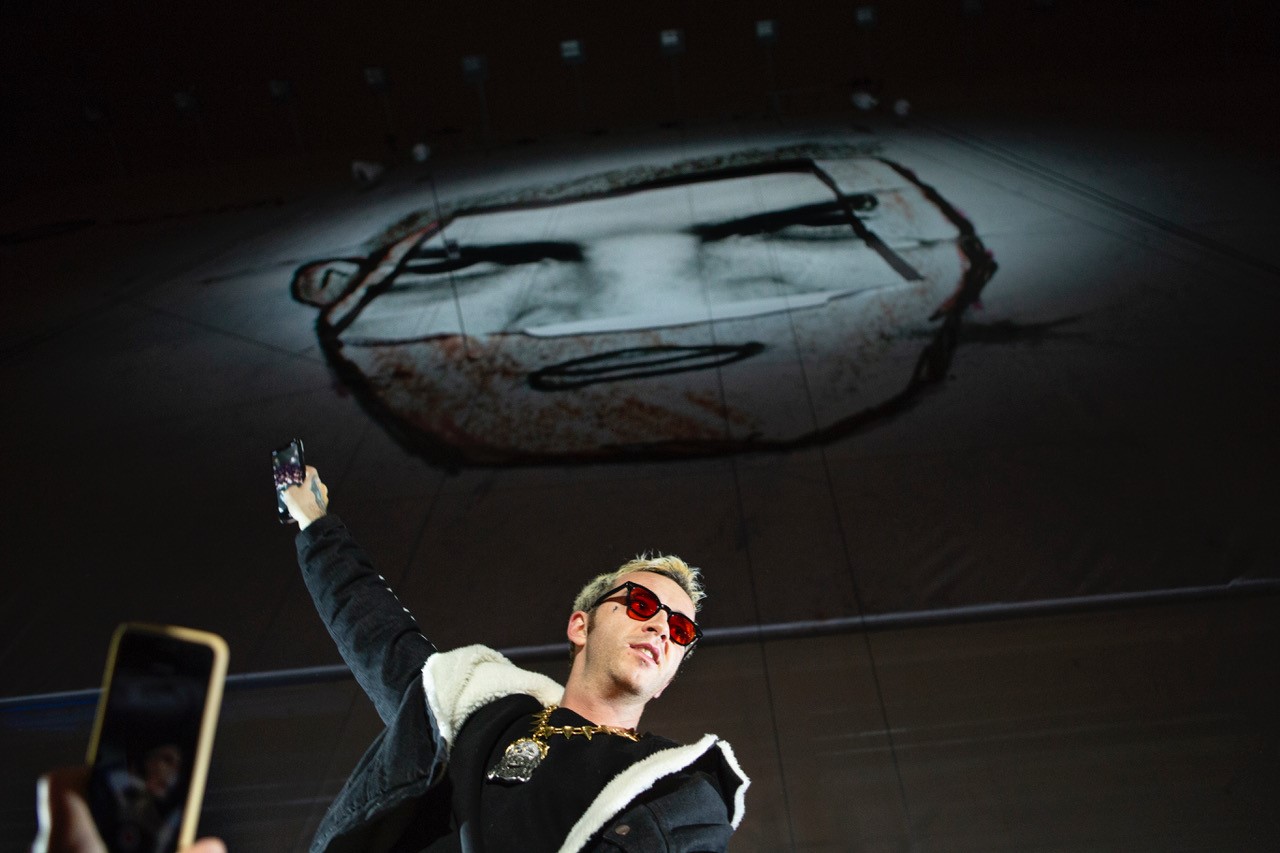