THANKS TO THE RENEWED COLLABORATION BETWEEN NASTRO AZZURRO AND URBAN VISION, NAVIGLI HAS ONCE AGAIN,BEEN TRANSFORMED INTO AN OPEN SKY SILENT DISCO.

Urban Vision transformed the maxi-banner of Alzaia Naviglio Grande into a real stage for leading artists of the music scene including Frenetik and Orang3, Fast Animals & Slow Kids and Canova.

Same location as last year, but with lots of new features. The djset 3.0 was in fact promoted by Nastro Azzurro for three dates and the public that gathered every night on the street, was able to live the Finger Bit experience, listening to music through an innovative technology offered by the brand at the cost of a beer: special bone conduction bracelets that, once worn, allowed to listen  to the music by simply putting a finger to the ear. 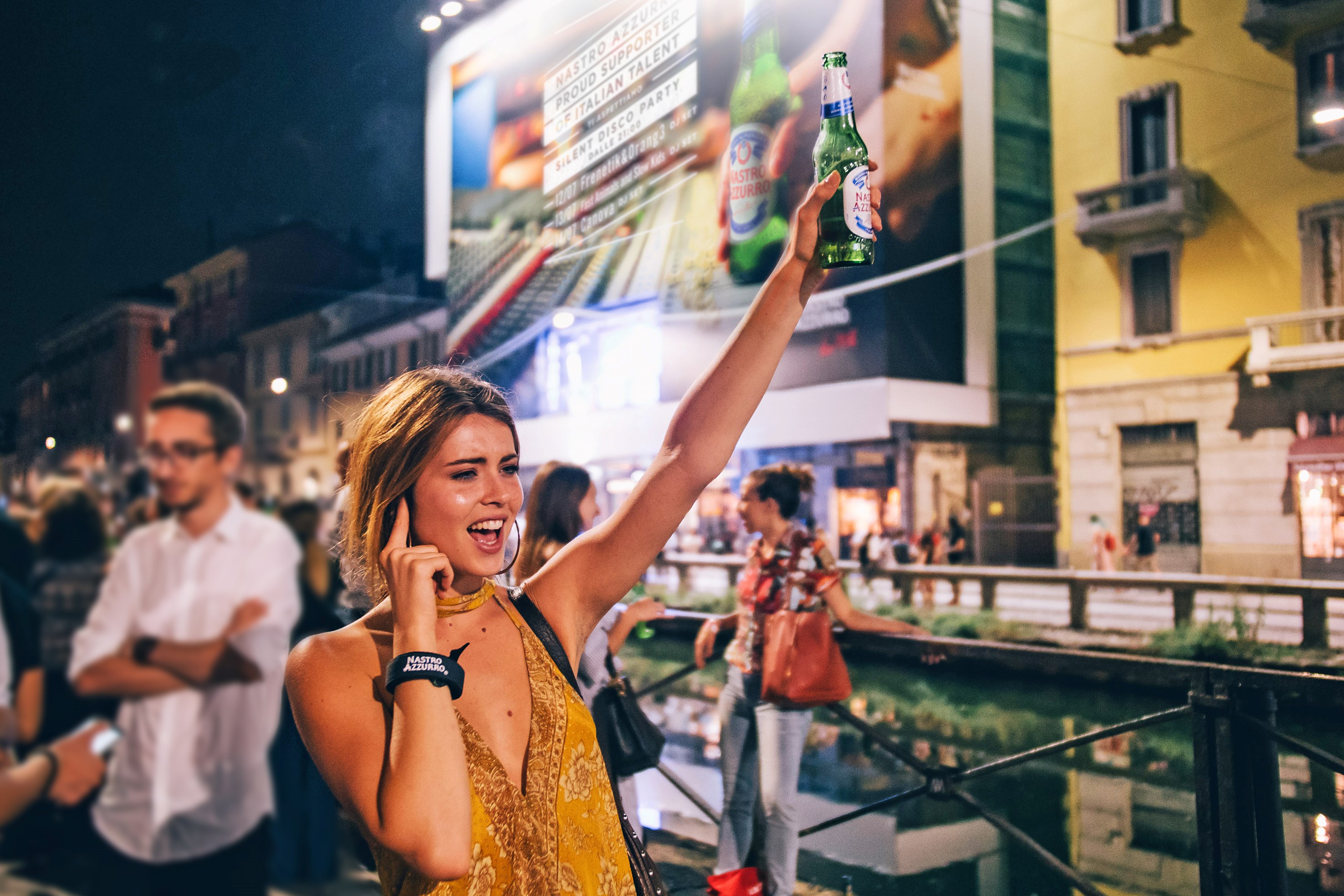 This project is a further example of how Urban Vision constantly incorporates ideas and solutions from the world of technology and innovation to enrich the media proposal and involve the audience in an increasingly dynamic and effective way, converting the advertising space into an unprecedented place of aggregation.