“We make angels”. This is the Wallace Corp’s mission and thanks to  Urban Vision this promise is today a reality. For the official launch of the movie Blade Runner 2049, a giant transparent case appeared on a maxi billboard in Milan. Inside the canvas the iconic pouring rain of the distopic world created by Philip K. Dick soaks up an impressive Nexus 9, a 4-meter tall 3D mockup of the android protagonist of the movie.

The project, which is the only unconventional activity for the launch of the movie in Italy, will be on air till October 15th and it delivers two main opportunities for the movie: reaching out to the out-of-home target with a high-impact installation that for the first time brings water into a maxi billboard and redirecting such target to social media thanks to the hashtags #WeMakeAngels and #BladeRunner2049. 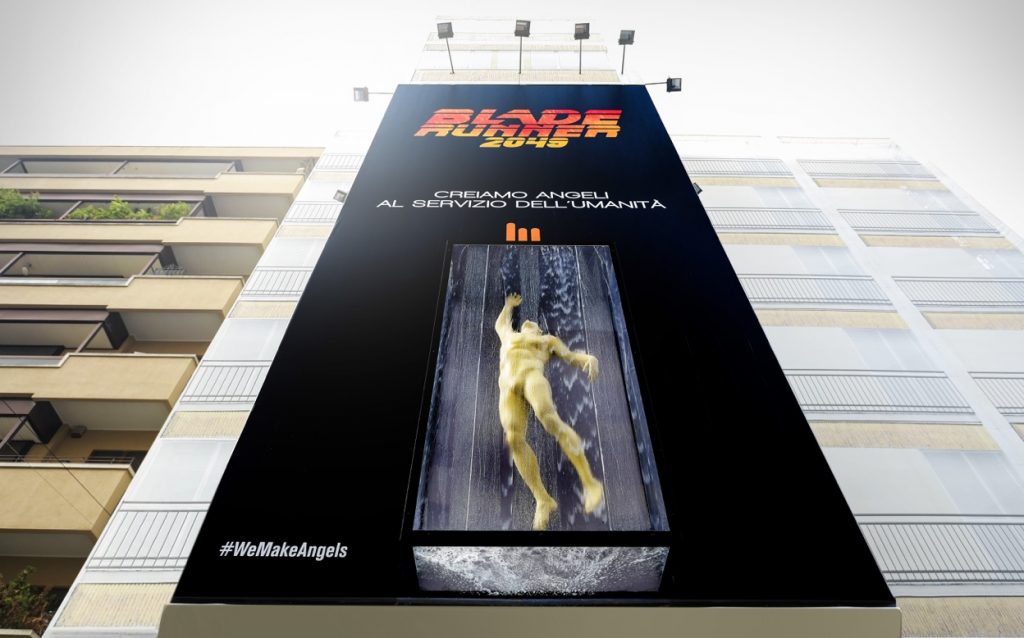 Brand awareness and user generated content are clearly the main focus of this campaign which aims at entertaining and amazing the public – both online and offline – way before stepping into a movie theatre.
Blade Runner 2049, distribuited by Warner Bros. Entertainment Italia, is in italian cinemas starting October 5. Directed by Denis Villeneuve, Ryan Gosling, Harrison Ford, Jared Leto and Robin Wright are part of the cast.